This is information we all want to know, as residents of Alabama.

Many wanted criminals in Alabama are a SERIOUS danger to our children and our families.

*Please understand, criminal charges are an accusation. The defendants in this story are assumed innocent unless AND until they are proven guilty.

First, we start in Cullman, Alabama.

Mena is wanted for FELONY CHILD ABUSE and other possible charges. All in Cullman County, Alabama.

If you have info, please call the Cullman County Sheriffs Office (256-734-0342) or Birmingham FBI offices.

The US Marshal's Fugitive Task Force is looking for Austin, after ESCAPING from a State Correctional Facility.

If you have information, contact the Wilcox County Sheriffs Office. 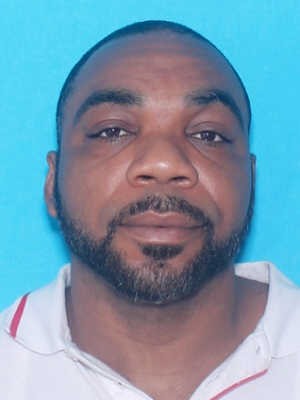 The US Marshals are advising that Wyatt forced the victim to go to a location and strangled her until she passed out. The victim WAS able to escape later during a struggle.

Ira Stokes (Alias: Will Stokes) escaped from Coffee County Jail while serving a sentence for SEXUAL ABUSE OF A MINOR FEMALE as well as waiting to be tried on other charges including SODOMY OF A MINOR MALE.

In addition, Stokes family, including his spouse are not assisting police or FBI in trying to capture Stokes. Contact Coffee County Sheriffs Office if you have information.

Nelson is wanted by the US Marshals Fugitive Task Force after escaping from The Alabama Department Of Corrections. Call the Task Force if you have information at 334-398-5113.

Clifford Watts is wanted by the US Marshals Fugitive Task Force on charges of SEX ABUSE and VIOLATION OF THE COMMUNITY NOTIFICATION ACT. Contact Crimestoppers at 334-215-STOP if you have information.

Osby is wanted for RECKLESS MANSLAUGHTER and last lived in Gardendale, Alabama. If you have any information contact the Jefferson County Sheriffs Office.

That's a look at some of the MOST WANTED in Alabama, as of February 2022, according to Central Alabama Crime Stoppers.

25 True Crime Locations: What Do They Look Like Today?

Below, find out where 25 of the most infamous crimes in history took place — and what the locations are used for today. (If they've been left standing.)

LOOK: What major laws were passed the year you were born?

Data for this list was acquired from trusted online sources and news outlets. Read on to discover what major law was passed the year you were born and learn its name, the vote count (where relevant), and its impact and significance.

LOOK: Here is the richest town in each state